As a computer scientist, my current research focuses on advancing the state of the art in specific areas of quantitative science, primarily machine learning and image processing. I have long been intrigued by the incredible effectiveness of deductive reasoning and mathematical modeling in explaining our Universe. Following the same philosophical and mathematical thinking, I have been conducting computational modeling research in neuroscience and medicine. My research focuses on leveraging machine learning, deep learning, and computational modeling to understand the relationship between brain and behavior, leading to novel therapeutic concepts for brain disorders and brain-inspired AI.

I have 20 years of experience in advanced modeling, algorithm, and software development. I have released two open-source biomedical data mining software packages on NITRC: the GAMMA suite and Advanced Connectivity Analysis. I am Associate Vice Chair of AI, Department of Radiology, University of Maryland School of Medicine. I am a senior member of IEEE. I am an editorial member of Journal of Signal Processing Systems, Frontier of Computational Neuroscience, Frontiers of Neurorobotics, the Open Neuroimaging Journal, and the Neuroradiology Journal. My research is funded by NIH and the BRAIN initiative.

A central question in brain science is to understand the linkages between neural activity and cognition and behavior. We proposed a machine learning based computational framework to predict behavior variables based on neural activity features at microscopic and macroscopic scales. At microscopic level, features are ensemble neural activities observed by miniature cellular imaging. At macroscopic level, features are MR imaging based. Our model can accurately predict behavior variables based on imaging features.

Developing software can greatly facilitate the advance of brain science. Scientists who are not heavy-duty informatics types can use these tools to analyze their own data. First, we developed an open-source cross-platform software package called the GAMMA suite for neuroimaging data analysis. It includes algorithms for biomarker detection and Bayesian predictive modeling. Second, we developed a large scale functional connectivity data mining software package called Advanced Connectivity Analysis (ACA). ACA enables large-scale seed-based analysis and brain-behavior analysis. Both the GAMMA suite and ACA are available at NITRC. 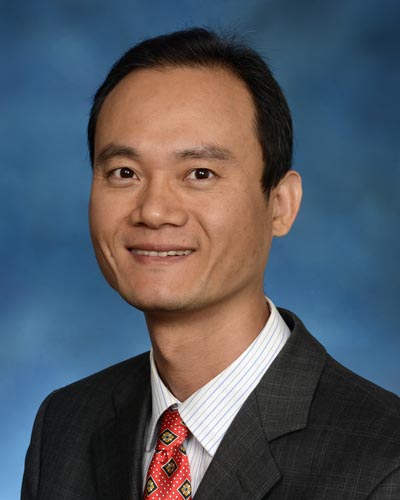