For Patients and Physicians

National Reputation for innovation and excellence in advanced lung care

The ILD Program includes an ILD clinic staffed by pulmonologists who are experts in the diagnosis and management of interstitial lung disease, rheumatologists with special expertise in rheumatic diseases involving the lung, radiologists who are experts in using high tech imaging to diagnose ILD and other common and rare lung disorders, and pathologists with special expertise in pathology of the lung. The ILD program takes an aggressive approach to establishing an accurate diagnosis and arresting and reversing interstitial lung diseases based on close patient monitoring and frequent medication adjustment. The ILD program is involved in clinical trials of new investigative drugs as well as basic research on the causes and potential treatments of ILD. The lives of hundreds of patients have been greatly improved by identifying treatments that successfully postponed or prevented the need for transplant. Learn More 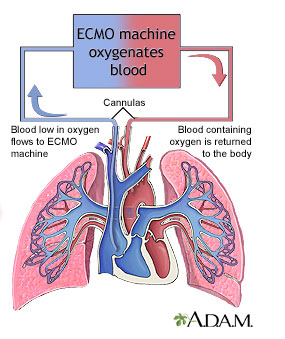 The Lung Rescue Unit (LRU) in the new trauma tower in the R Adams Cowley Shock Trauma Center is designed for patients who need innovative therapies and access to the latest clinical trials to manage their lung failure. Patients cared for within the Lung Rescue Unit include adults ages 18+ in need of total critical care for: end-stage respiratory failure in need of bridge to transplant and acute lung injury with need for Veno-Venous extracorporeal membrane oxygenation (VV-ECMO).

Physicians and nurses within the University of Maryland Medical Center have received national recognition for treating patients with advanced lung and heart failure by using this technique. Learn More

By replacing lungs which have ceased to function effectively, the lung transplantation program provides new life -- new energy and new possibilities -- to people whose lives had been restricted by debilitating conditions Our physicians are aggressive in getting patients the care they need, and they bring a high level of skill and experience to their work. 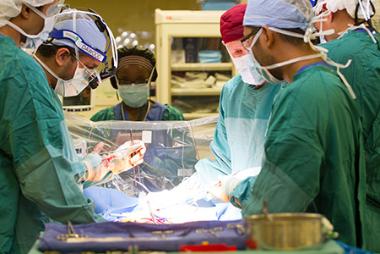 Although it treats more high-risk patients who are more likely to suffer complications, UMMC outcomes are strong and in line with national expectations according to the United Network for Organ Sharing. Data published in June 2014, the last reporting period for which figures are available, UMMC lung transplant rates had a one-year survival rate of 92 percent, the national average is around 86 percent. Learn More