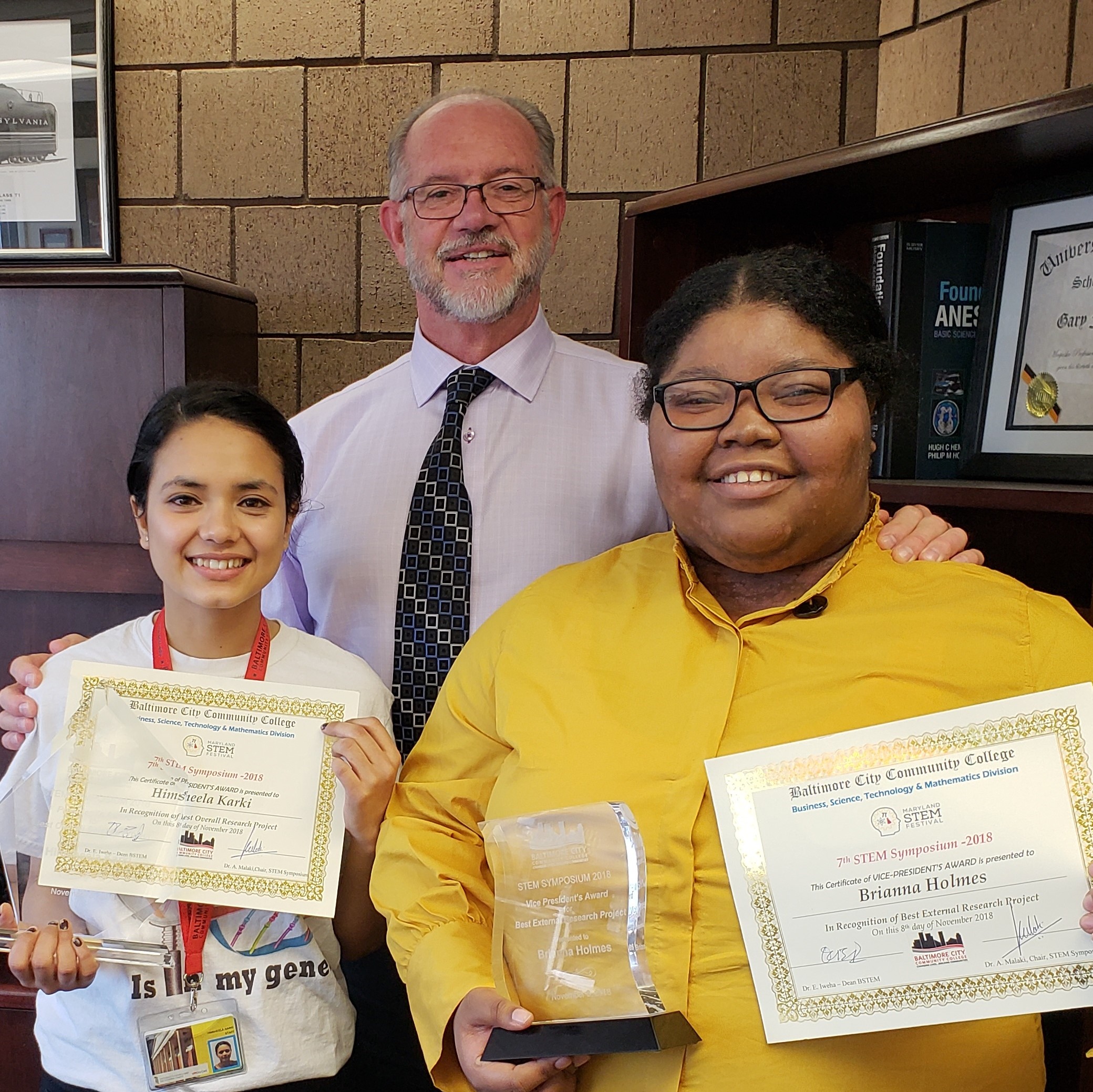 Brianna Holmes and Himsheela Karki, students from Baltimore City Community College (BCCC) and research interns in the lab of Dr. Gary Fiskum, the M. Jane Matjasko Professor for Research in the Department of Anesthesiology, earned the top awards at a competitive poster presentation at the 7th Annual BCCC STEM Symposium on November 8th, 2018. This symposium was a part of the Maryland STEM Festival and included an audience of over 500 students from BCCC and several Baltimore city schools. External judges chose the best posters from among 50+ entries. Karki, a native of Kathmandu, Nepal, was awarded the President’s Award for the Best Overall Science Project, which focused on strategic use of oxygen following resuscitation from cardiac arrest. Holmes, a life-long Baltimorean, won the Vice-President’s Award for Best External Research Project, which concentrated on effects of hypobaria on traumatic brain injury. Karki graduated with her AAS in December 2018 and is currently completing pre-requisite coursework for pharmacy school. Holmes continues working in the Fiskum lab and plans to pursue a BS degree on a pre-medicine track. 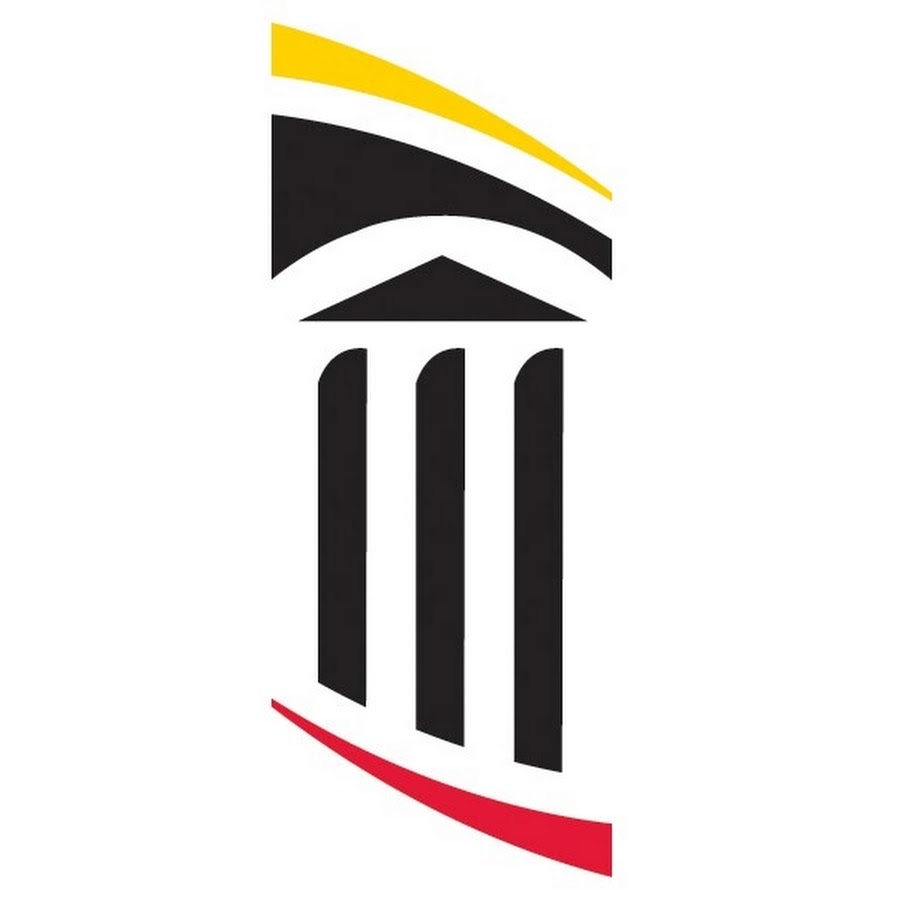 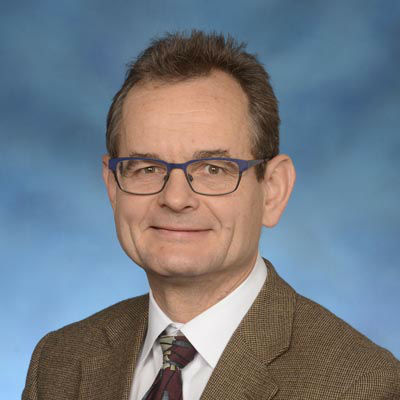 Congratulations to CA-3 resident Olamide Ifaturoti, MD, who was recently announced as a winner of the 2018-2019 Resident International Anesthesia Scholarship program. The program is sponsored by the ASA Committee on Global Humanitarian Outreach (GHO), and is designed to send U.S. CA-3 anesthesiology residents to low-resource settings. Dr. Ifaturoti will complete a one-month rotation in Addis Ababa, Ethiopia. An announcement of the winners was also featured in the October 2018 issue of ASA Monitor. 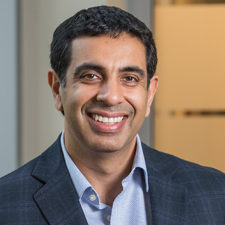 The Department recently hosted the annual Professors Martin Helrich and M. Jane Matjasko Lecture in Anesthsiology, featuring Sachin Kheterpal, MD, MBA, an Associate Professor of Anesthesiology and the Associate Dean for Research Information Technology at the University of Michigan Medical School. The lecture was titled “Fulfilling the Promise of Big Data Analytics: How Do We Get There From Here?". Click here for photos of the event. 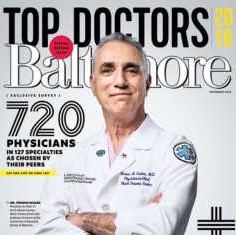 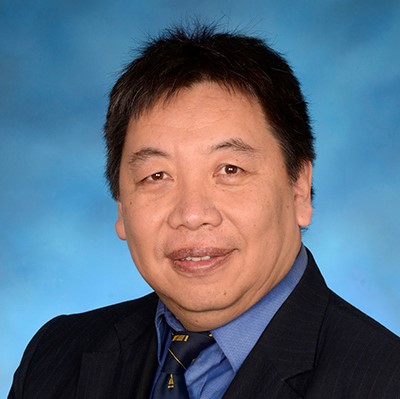 Peter Hu, PhD, Associate Professor of Anesthesiology, has been invited to join the editorial board of Critical Care Medicine. He will serve a three-year term. Dr. Hu’s current research focuses on developing machine learning based predictive algorithms for near and long-term patient outcomes based on the continuous analysis of vital signs from the field to in-hospital resuscitation to the intensive care unit bedside. 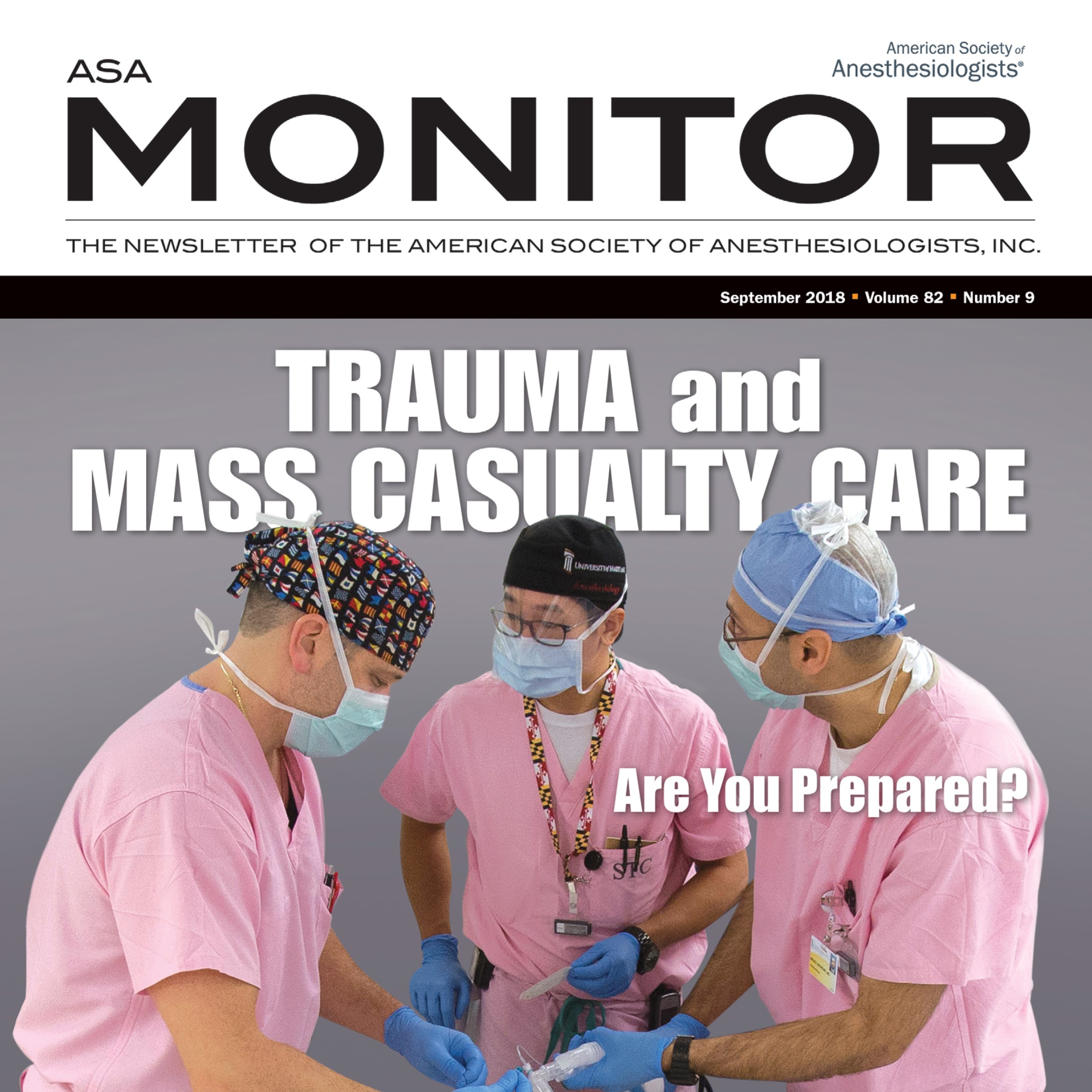 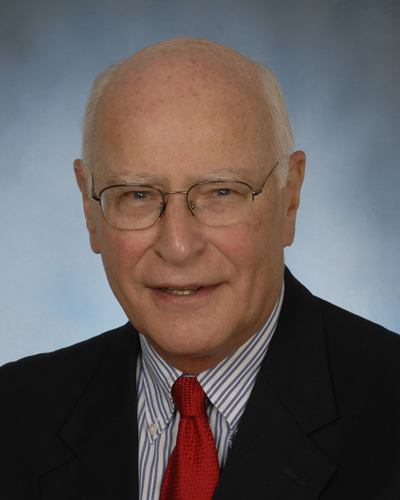 Congratulations to Colin Mackenzie, MB,ChB, MD(Res), Professor Emeritus of Anesthesiology, who recently earned his Doctorate in Clinical Medicine Research, or MD(Res), from Imperial College London. The focus of his research in this program was “Assessment of Surgical Performance”. Dr. Mackenzie was also recently featured in the Journal of the American College of Surgeons in the article, “Cadaver-Based Trauma Procedural Skills Training: Skills Retention 30 Months after Training among Practicing Surgeons in Comparison to Experts or More Recently Trained Residents." 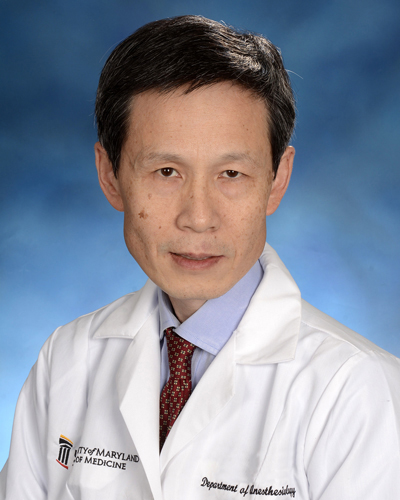 Congratulations to Wei Chao, MD, PhD, who has been named the recipient of the prestigious 2018 Frontiers in Anesthesia Research Award, given by the International Anesthesia Research Society (IARS). This $750,000 award is only given by the IARS once every three years. Wei will use this funding to support his research into the molecular pathogenesis of sepsis. Read more about the award here. 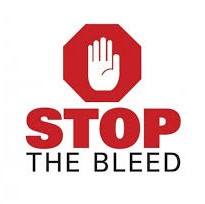 On Tuesday March 6th, Dr. Maureen McCunn, Professor, Division of Trauma Anesthesia, joined a team of physicians and nurses from the Shock Trauma Center, and the Maryland Committee on Trauma, to teach “Stop the Bleed” techniques to senators, delegates, lobbyists and staff at the historic Statehouse of Maryland, where Governor Hogan was in attendance. Dr. McCunn was the only anesthesiologist to join this effort. This training is offered twice/month at Shock Trauma, and will be included free of charge for anyone at the 2018 ASA annual meeting who is registered for the Trauma Skills workshops or at the Stop the Bleed training for mass casualty.

The Blue Ridge Institute for Medical Research has released their 2017 rankings of NIH funding to Medical Schools throughout the country. The Department of Anesthesiology at the University of Maryland, Baltimore increased its overall funding by about 21% and maintained its position at #11 nationwide. Congratulations to the investigators whose hard work, dedication, innovation, and commitment to discovery continue to propel the Department forward as a research powerhouse. 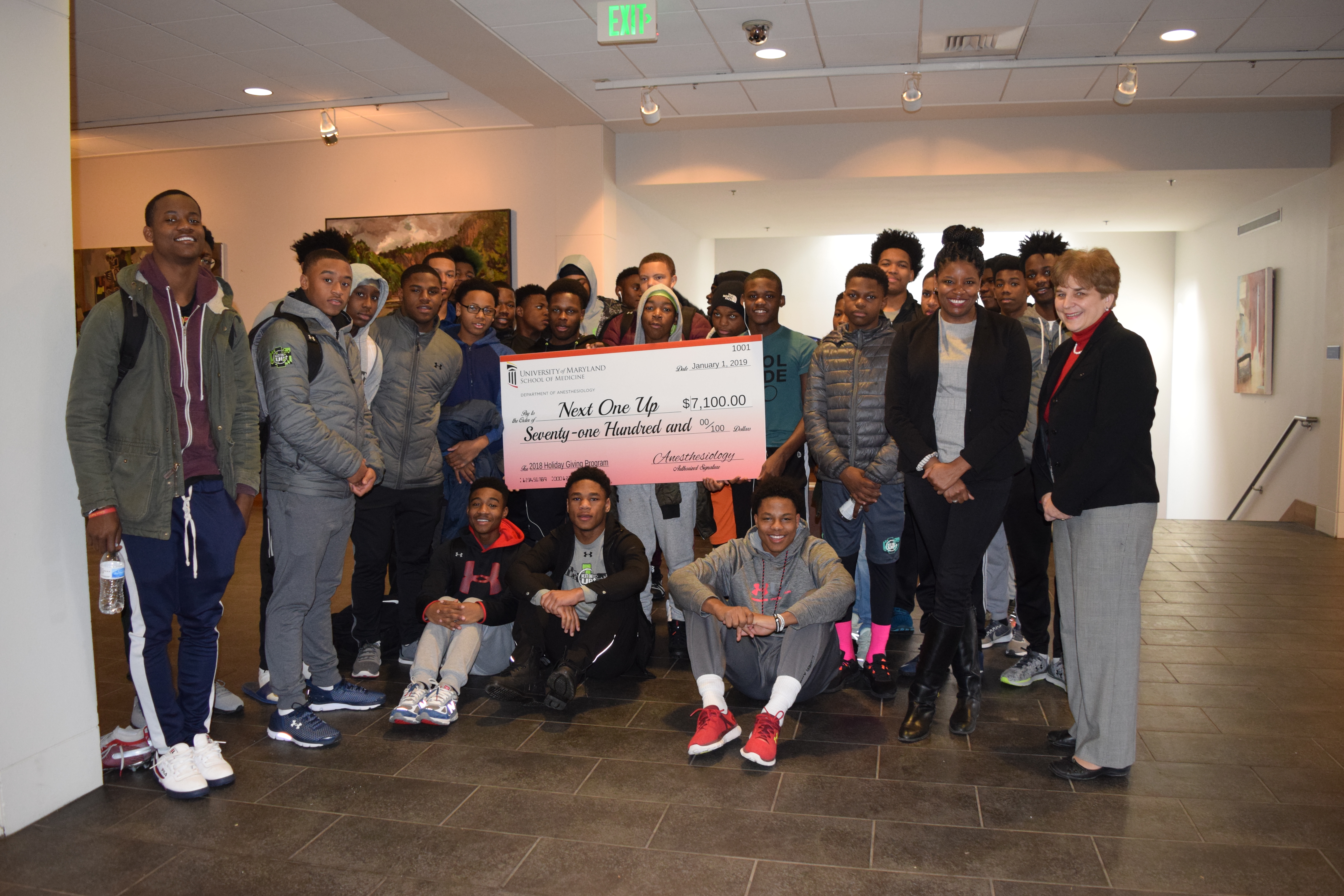 The 2018 Holiday Giving Program raised $7,100 to donate to Next One Up in support of their annual Summer College Immersion Program.