‌Representing the Department were Megan Anders, M.D., LaToya Stubbs, Clinical Research Manager, Julie Utz, IT Manager and Pamela Shinnick, Projects Manager. They were met at the school by Loucia Hamilton, Associate Director of Development of the Baltimore Leadership School for Young Women, who provided a tour of the facilities. The Baltimore Leadership School for Young Women is housed in the renovated historic YWCA building located at 128 W. Franklin Street. When the school opened in 2009, with only its first class of sixth graders, it was housed in extra classrooms at Western High School. It moved to its permanent location in 2011 after extensive renovations to the seven story building. Today each grade claims its own floor. 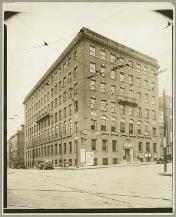 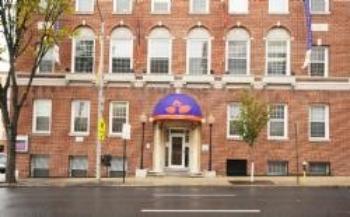 Picture of the original YWCA building circa 1920’s above (Maryland Historical Society) and front door of the Baltimore Leadership School for Young Women today.

After a tour, the visitors from the Department of Anesthesiology adjourned to the Middle School Science labs where the computers and related science equipment purchased with the 2017 Holiday Giving Program funds were to be set up.  The lab space is bright and airy with large windows and black topped science tables and stools.  A large whiteboard is at the front of the classroom.  The school received design help from Anne Arundel Community College and Northrop Grumman in designing their science labs when the school was first renovated in 2011. 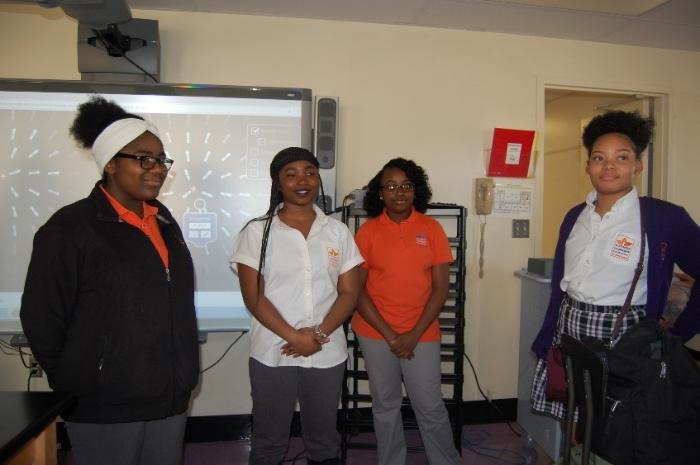 BLSYM students (from left to right ) Jamira, India, Latajah and Miracle stop in to meet the guests from the Department of Anesthesiology. 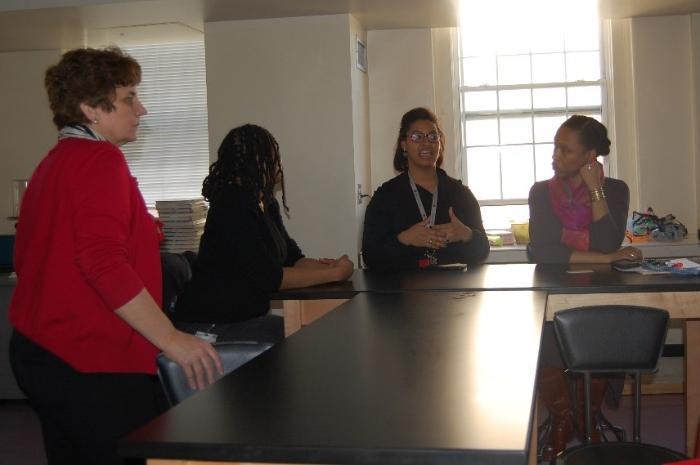 The contributions from the Department of Anesthesiology will be a welcome addition to this space. In all the 2017 ANES program raised $ 11,925 in support of the BLSYW S.T.E.A.M. program made with private donations by faculty, staff and students. Purchases included eleven Lenovo Yoga computers, a charging cart, probes, sensors and teacher guides from PASCO to conduct experiments in Physics, Biology, Physical Science, Middle School Physical Science, Middle School Life Science and Middle Earth Science; sixteen digital Klaron microscopes, four prepared slide sets, six sets of micropipettes, a rocks and minerals collection, a subscription to ADAM, an interactive on-line virtual anatomy software and various chemicals from Carolina Chemical for chemistry labs. The computers will allow the school to have dedicated computing for the science department. 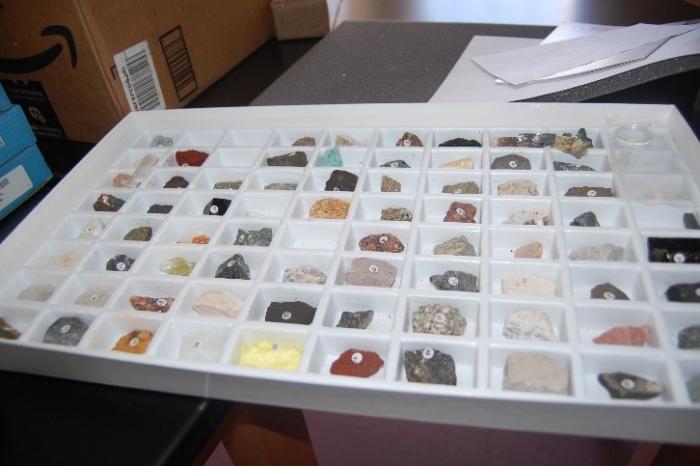 Samples of rocks and minerals for geology class. 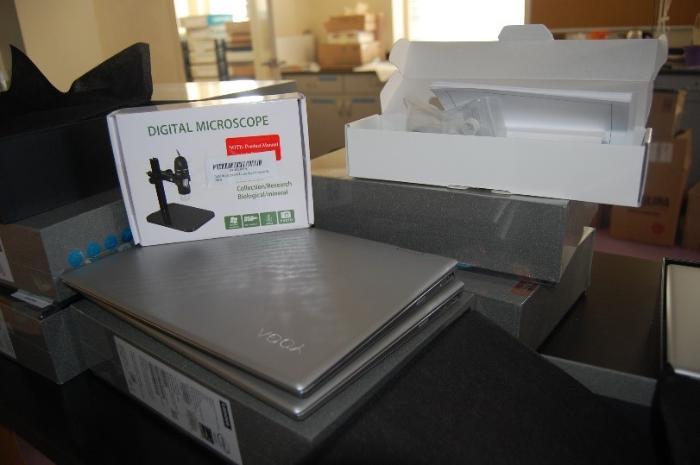 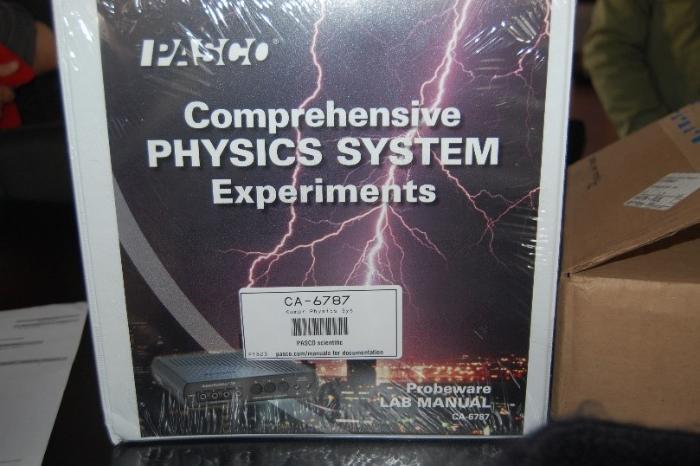 Computers charging in their cart. 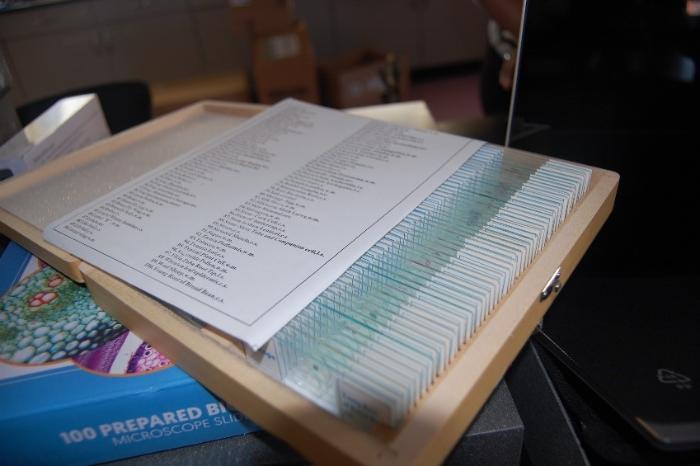 The representatives from the Department of Anesthesiology met the Principal of the Middle School, Ms. Chevonne Hall, Principal of the High School, Ms. Christina Easton, Mr. Conor O’Brien, science teacher and chair of the Science Department, other science teachers and several of the school’s students. We were able to ask them about their experiences with the school and their plans for the future. The students all liked attending BLSYM and were excited to receive the new additions to their science lab. 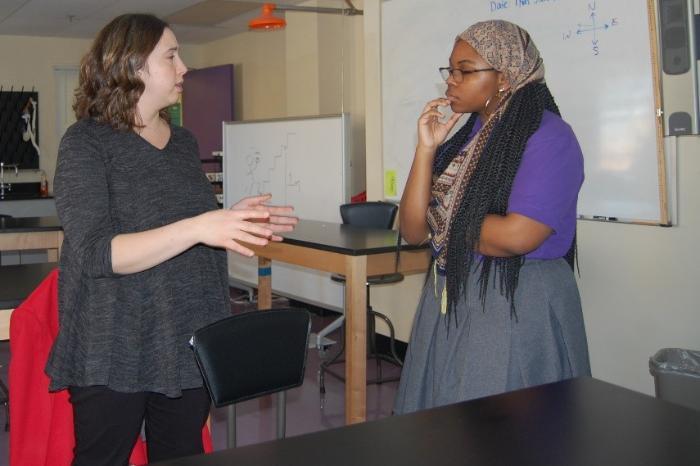 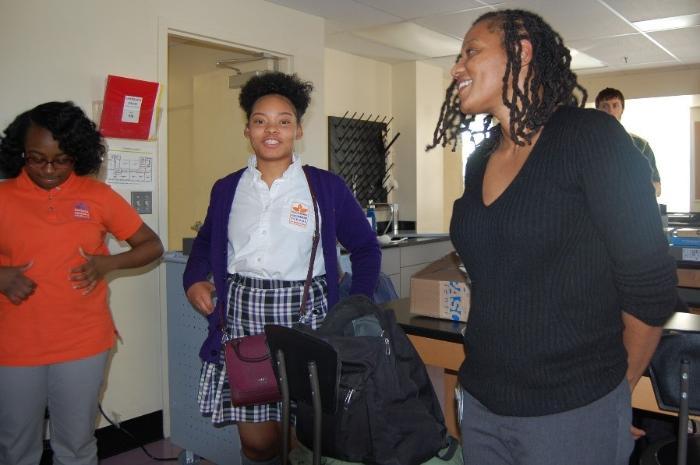 LaToya Stubbs, Clinical Research Manager for the Department of Anesthesiology,
speaks with BLSYM students about her love for science. 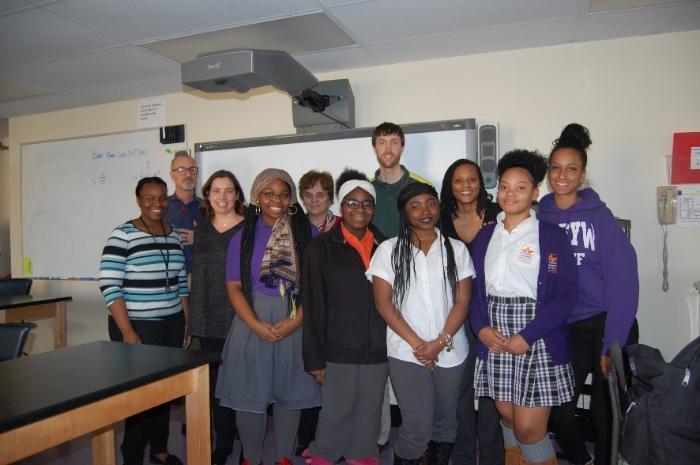 The Baltimore Leadership School for Young Women (BLSYW) is a college preparatory school with a strong emphasis on a STEAM (Science, Technology, Engineering, Arts and Mathematics) curriculum. BLSYW is Charter School in the Baltimore City Public School System consisting of grades six through twelve and draws on students from every zip code in the city.  Entry is by lottery in the sixth grade. The Baltimore Leadership School for Young Women is modeled on the highly successful Young Women’s Leadership School of East Harlem (TYWLS).  A key element in their model is P.R.I.D.E.-professionalism, respect, integrity, diligence and enthusiasm along with emphasis on rigorous academics, arts, athletics, and social-emotional learning.  The goal of the school is to see 100% of the students graduate and go to college.